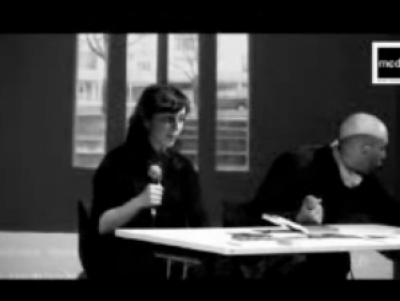 Moments that have duped the certainty of oblivion have found their roots in games and sets of rules, Lorca’s Game and Theory of the Duende, Raymond Roussel’s How I Wrote Most of my Books, Dadaists playfulness, Surrealist quests for Absolute Automantism, John Cage,  Cornelius Cardew and Fluxus’ scores, Henry Lefebvre’s psychogeography that led to the situationist drift, the Dice Man, The palimpsests of Finnegans Wake …

Protocols like clocks are instruments for navigation in a field of endless possibilities. They bring infinity closer to the human scale. Constraints, including those triggering chance operations in writing, improvising, performing, composing are a key to exploring the minute folds in the fabric of our phenomenological reality. Once the frame is set, accidents will happen at an observable scale within it.
I chose the term “Protocol” (in French Protocole), in the sense used in natural sciences as a “predefined written procedural method in the design and implementation of experiments…” . This term can substitute itself to phrases like “rules”, “rulesets”, “scores”, “instructions” etc… and be applied with no particular hierachy to all exploratory operations: Music, Performance, Writing, Life and beyond.
The constraint is a pre-text for the creative process and chance brings universal forces into materialisations, “Un coup de dés jamais n’abolira le hasard…” . Not only the playful element is connecting people with their inclusive social aspirations but the frame of the game easily ventures into new forms that a rational or intuitive mind might not have tapped into, lastly, the fight against boredom and existential anxiety finds a capital tool in these set ups, whether they be rudimentary or heavily supported by technology.
To cut a long story short, I did not seek out protocols, they came back to haunt me, from the very early works carried out around 1994 in Manchester to the various subsequent and ongoing endeavours. Anything I was interested in fell back into these nets, and as my practice could be qualified, at best, as eclectic and, at worst, as proteiformaly dilettante, the relief of this guiding thread gathered all forms in one place - May it rest there for as long as a sparkler sparkles.
(mix with poetry/cut ups)