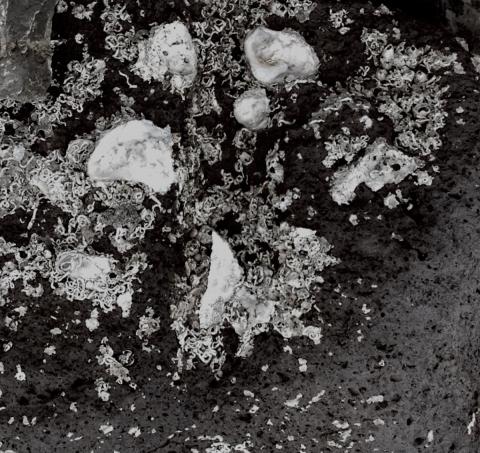 "The unheard echoes the unuttered. These were not nightmares but arches. The great beyond and the undercurrents. A muted chant between two tones. Invisible waters drip. Listen again, listen more,
and every night shall release deep images from the tightest fabric."

'SIKOIONA' is a soundpoem made for Nuits et Noirs magazine nr. 3 - 'Sacred Language'.

The soundwork is constructed using stems from the series 'If one speaks the sacred language' by lht.

For this issue of Nuits et Noirs, the contributors were asked to respond on this quote of Antonin Artaud:

“I am adding another language to the spoken language,
and I am trying to restore to the language of speech its old magic,
its essential spellbinding power,
for its mysterious possibilities have been forgotten.”

Plans are to release the soundprojects of Nuits et Noirs in physical form in 2016 by r\a\w f\o\r\m\s.