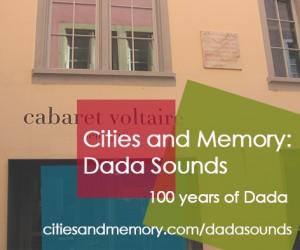 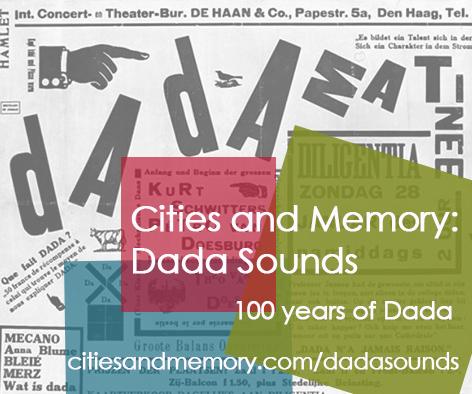 February 5, 2016 marks 100 years since the founding of the Cabaret Voltaire in Zurich, and thus the beginning of Dada.

To mark the occasion, Cities and Memory: Dada Sounds marks a century of Dadaism by applying the techniques and practices of Dada to field recordings from around the world, bringing a Dadaist approach to the concepts of sound, place and memory and creating a new, Dada-inspired sound world.

Explore the Dada Sounds on the sound map below, and in the playlist.

The sounds use a huge range of Dada-inspired techniques to reimagine the sounds, from collage and abstraction to sound poetry and pieces based around the lives and experiences of some of the key figures of Dada.

Examples of techniques and approaches include:

Contributing sound artists come from locations all over the world, as far afield as Colombia, Brazil, Canada, Finland and Australia.

MONDO RONDO
Working from Herne Bay pier - boat ride melodies. Collage, abstraction and assemblage by working on a 'found' sound from the archive and slicing it into 24 segments (each lasting 5 seconds), visually collaging them in a sound editor and abstracting them towards a composition of fluctuating loops to render the spirit of the (imagined/distorted) merry-go-round tune in the original recording.