The Dark Outside Festival 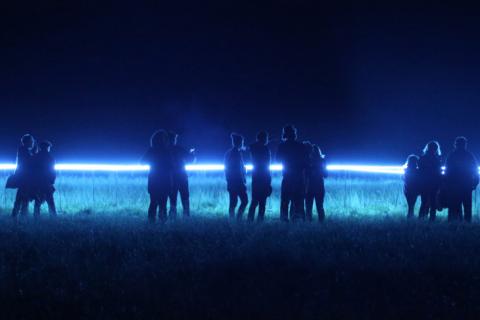 Alan Dunn, Valerie Vivancos - and many others http://www.darkoutside.co.uk/who - Curated by sound artist Frenchbloke

Alan Dunn And Valerie Vivancos - Do not listen

Sincere and precise messages that have been left on the wrong telephone answering services become lost in a void of uncertainty and paranoia. Some are saved or relayed but we suspect the majority of them rest there, guiltily. Dunn & Vivancos create a slow pulsing sequence of three such lost communiqués, permeated with ringing and middle class politeness.

The Dark Outside / Sanctuary

SEPTEMBER 26TH - 27TH 2015. 24 HOURS OF MUSIC NOBODY HAS HEARD IN A PLACE WHERE NOBODY MIGHT BE LISTENING. MURRAYS MONUMENT, TALNOTRY, THE GALLOWAY FOREST DARK SKIES PARK, SCOTLAND.
link to : THE DARK OUTSIDElink to : ALAN DUNN's site